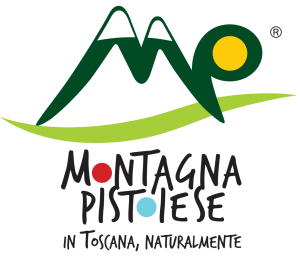 Above the village of Popiglio stood the Rocca Securana, an important point of defense of the Pistoia Mountains on the border with the state of Lucca used until the fifteenth century; the fortress probably stood on an ancient Roman camp of the second century B.C. which served to protect the Roman roads. The fortress was then developed and reinforced by the Lombards, then again under Carolingian rule and again by the Counts Guidi, feudal lords of the area. The Towers of Popiglio are the last remains of the Rocca Securana: the two remaining towers are located at 811 m a.s.l.
The towers are both square-shaped and rise at different heights of the slope, at a short distance from each other: the highest at the top, the other about twenty meters lower. The first tower, partially dilapidated, rises today for about half of its original height, and you can still see the remains of the elliptical wall that once surrounded it. In all likelihood, other buildings were built inside it, as can be seen from the remains of a building leaning against its north-east side. Certainly, it was the headquarter of the defensive system. The other tower had no additional fortifications. Likely, it served as intermediate link between the country and the top of the fortresses, also strongly dilapidated. Its remains allow it to be taller than the “twin”. Still today, from this location, you can dominate the entire valley.